How To Find Shamanic Teachers & Practitioners In Your Area

Larry enlisted in the U.S. Army in 1980, went into field artillery as a fire direction specialist, and received his basic training at Ft Sill, OK. He graduated from basic training as an honor graduate. His first duty station was Wertheim Germany, from 1980 to 1983 assigned to 3rd/35th F.A. Larry left the military for a year to gain legal custody of his oldest daughter.

ed to E-6 Staff Sergeant while at Ft Ord. He was then stationed in Hanau, Germany from 1989-1991, assigned to 3rd/20th F.A. During this tour, Larry was deployed to Saudi Arabia during Desert Shield and Desert Storm.

Larry was awarded the Bronze Star during his service in Desert Storm. Upon retuning home, he was then stationed at FT Sill, Ok from 1991-1996, assigned to the Advanced Non Commissioned Officers Academy as an instructor. He was promoted to E-7 Sergeant First Class at Ft Sill.

After serving in “Dessert Storm”, Larry had a very difficult time integrating back to “domestic life” at home.  He suffered from severe post-traumatic-stress-disorder after being sent on a “suicide mission” in Iraq. He could not sleep at night, began to drink too much, had trouble keeping his family life in order, and was at the “end of his rope” when he came to Sacred Hoop Ministry for a Shamanic Session and Soul Retrieval. Over time, Larry has transitioned into a “peaceful warrior” is becoming an accomplished Native American Flute player, and is now the Director of Veteran Relations for Sacred Hoop Ministry.  Larry welcomes phone calls and emails from all veterans and family members interested in his experience. Larry is NOT a Shamanic Practitioner but he loves talking with and helping other veterans… 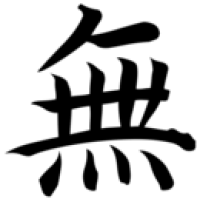